One of the things I’ve always wanted to accomplish in life is to be on the board of directors of a publicly traded corporation. I pray most that I’m fortunate enough to be a part of a small growing company so I could help make wise investment decisions for the business. I also would love to be able to make decisions to keep a company on the cutting edge of innovation and technology. As an African American woman, I wondered about the number of people who look like me residing in the C-Suite currently at major corporations. One of the most striking articles I found was submitted by the Huffington Post associate business editor, Jillian Berman. This article, posted a year ago, is about the decline in African American presence in the C-Suite of Fortune 500 companies. However, one of the great things to note is that people of color are starting and running their own successful businesses.

I believe it’s only a matter of time that some of these small Black Owned Businesses are considered for inclusion in the  Fortune 500.

Here’s a few African American CEO’s or Board Members of Fortune 500 Companies that I think you may find interesting to read about:

Ursula Burns is the CEO of Xerox Corporation. She took over the position in 2009 and then successfully lead the company into a  $6.4 billion acquisition of Affiliated Computer Services. What is so interesting about Mrs. Burns’s story is that she started her work at Xerox as an intern in 1980. In addition to leading the most diversified document and graphics service provider, she serves on the board of American Express and Exxon Mobil to name a few. In an article interview with  Wall Street Journal she mentions she lives by a quote her mother gave her early in life to keep her grounded as she pursues heights in her career and in life.

“Where you are is not who you are. Remember that when you’re rich and famous[…]”

Her being the only African American woman in her position is truly an inspiration to me. I hope for some of you other ladies out there looking for inspiration to keep pushing towards those ambitious dreams take the time to read her interview in the WSJ mentioned above.

Kenneth Chenault is primarily known as one of the first African Americans to hold the CEO credential of a Fortune 500 company when he became the head of American Express in 2001. Mr. Chenault is also a member of the  President’s Council on Jobs and Competitiveness. This Harvard Law graduate keeps busy with board seats with The Procter & Gamble Company and the non-profit Arthur Ashe Institute for Urban Health. His story, as detailed here, is motivating because he became a CEO without taking the path oft traveled by others to get to that position.

John W. Thompson is the CEO of privately owned Virtual Instruments. Virtual Instruments primary business function is to design and distribute products that ensure private cloud deployed applications and services run properly. He has previously served as the CEO of well known publicly-traded Symantec and did so for 10 years prior to stepping down in 2009. And in 2012, he joined Microsoft Board of Directors and then became an independent chairman of the Microsoft Corporation in 2014.

Reading a little bit about these leaders is definitely motivation for me. I have no idea what the future holds, but it’s good to know pretty much anything is possible. I just want to add my name to the list and have my favorite photographer Gavin do my new boss lady headshots. But this one will have to do for now. 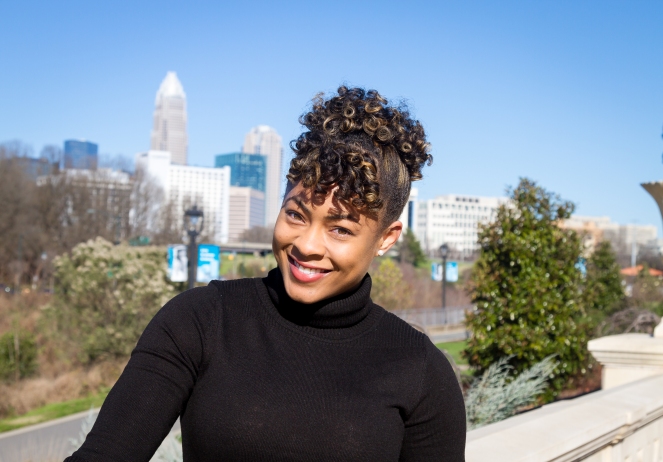 One thought on “African Americans in the C-Suite”